Meet our Advocates for Adults with Autism 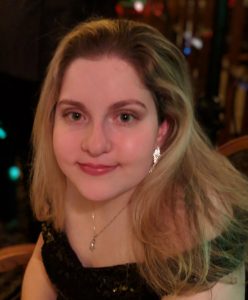 
Jodi is an 18 year recent graduate from The New School’s Mannes College of Music Preparatory Division in New York City.  She is a rising senior at Newmark High School in New Jersey.  She studies composition, conducting, piano, voice, and music theory.  At age 10, Jodi was accepted into the Mannes composition honors.  She also studies jazz piano, guitar and songwriting.

In 2010, at the age of 9, she wrote and performed a song “Heroes of Autism” for Toys R Us to be used in conjunction with a fundraiser for Autism Speaks. This campaign raised over $3,000,000.

In October 2012, Jodi performed a duet with pop star Katy Perry on “The Night of Too Many Stars”  televised on Comedy Central. An internet sensation, this performance received so much attention that Jodi has been featured in newspapers, magazines, on the radio, and television all over the world. Most importantly to Jodi, she appeared in both Bop and Pop Star magazine.  She has received thousands of emails, letters and cards, speaking of the hope and inspiration this performance has given to parents of children with autism, and since then she has appeared at over 100 charitable events for The Arc, Autism NJ, Louis Armstrong Foundation, Children’s Aid and Family services, the Alpine Learning Group, Autism Speaks and many others.

In February 2015 she returned to the Night of too Many stars and performed a duet with “Weird Al” Yankovic of his song “Yoda”, this performance also went viral.  In November 2017 she performed Rise Up with Cynthia Erivo backed by Questlove and the Roots.

In her spare time Jodi enjoys advocating for autism, writing stories, drawing, and playing in the school band and chorus.

Jodi was diagnosed with autism at the age of 2. 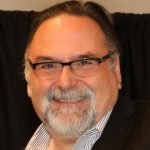 Dr. Gerhardt has nearly 40 years of experience utilizing the principles of Applied Behavior Analysis in support of adolescents and adults with autism spectrum disorders in educational, employment, residential and community-based settings.

He is the author or co-author on a number of articles and book chapters on the needs of adolescents and adults with ASD and has presented nationally and internationally on this topic.

Peter serves as Co-Chairman of the Scientific Council for the Organization for Autism Research and is on numerous professional advisory boards including the Cambridge Center for Behavioral Studies.

He received his doctorate from Rutgers, The State University of New Jersey’s Graduate School of Education. 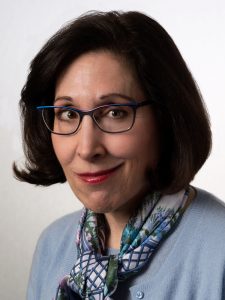 Liane is the author of the award-winning memoir, Ketchup Is My Favorite Vegetable: A Family Grows Up With Autism. Her work has been published in the New York Times, Washington Post, New York Magazine, Chicago Tribune, PBS Next Avenue, and many journals, blogs and book anthologies.

Liane was a recipient of the Autism Science Foundation’s Caryn Schwartzman Spirit Award, which recognizes excellence in autism advocacy. She wrote the section on Family Advocacy for Autism Speaks’ Advocacy Tool Kit, is a New York ambassador for CURE: Citizens United for Research in Epilepsy, and served for 13 years as a board member of Matan, the national voice in Jewish special education.

A longtime community activist, she co-founded CHILD, the special education PTA in Scarsdale, NY, co-authored a parent resource handbook for the school district, and with her husband Marc created the town’s sports league for children with special needs. She continues to serve on the inclusion task force at Westchester Reform Temple.

Liane and Marc are excited to be one of ten founding families in Westchester County, NY, launching the northern expansion of Spectrum Designs, a screen-printing business that employs individuals on the autism spectrum, which will open its doors in Pleasantville, NY in 2020.

Liane has a master’s in journalism from New York University and a B.A. in English from Brandeis University. She and Marc met at Club Med, got engaged two weeks later, and are the proud parents of two adult sons, one with autism. 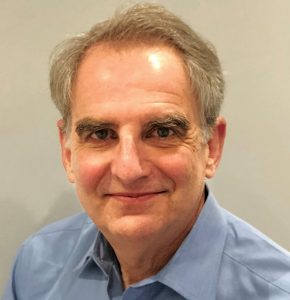 Marc is the proud dad of Jonathan and Mickey and happy husband of Liane. He has been actively involved in supporting the autism and disabled communities’ efforts in achieving equity status in society. He sits on the board of several non-profit organizations including Hawthorne Foundation; Foundation For Empowering Citizens With Autism (FECA); NEXT for Neighbors (the housing subsidiary of NEXT for Autism); and Ramapo For Children. He has also been active in public education as a member of the Scarsdale NY District School Board, and currently sits on the board of the Mount Pleasant Cottage School District.

Marc chaired the Scarsdale Village Council on People with Disabilities, where he facilitated the development of the disabled citizen first emergency responder alert form. He and Liane co-founded the Scarsdale Alternative League, which provided team-based recreational activities for children with disabilities who could not participate in mainstream Rec Department programs.

Marc is retired from a 40-year career in management consulting, where he specialized in healthcare information system technology planning and delivery and operational process redesign.

Yes She Can Inc., a non-profit founded in 2013, is dedicated to helping young women with autism and related disabilities develop transferable job skills and workplace social skills – through authentic work experience.  We serve teen girls in transition from high school to adulthood and young women with autism spectrum disorders in an inclusion setting at Girl AGain boutique. END_OF_DOCUMENT_TOKEN_TO_BE_REPLACED