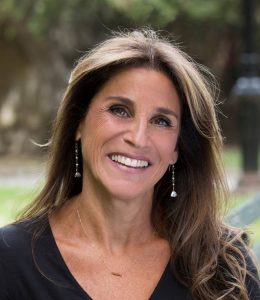 Caren Zucker is a director, producer and journalist who has told stories for more than 25 years across a broad range of subjects.

As a producer for ABC's World News and Nightline, working alongside Peter Jennings, Charlie Gibson, and Diane Sawyer, she covered civil rights, presidential campaigns, economic summits and social trends.  She was honored for her role in ABC’s coverage of 9/11 with two of television’s most prestigious prizes, the Peabody and the Alfred L. DuPont awards.

Her oldest son Mickey's autism diagnosis inspired a new direction in her reporting: to bring a better understanding of autism's realities. Caren produced and co-wrote with Robert MacNeil the PBS NewsHour series, Autism Now, which first aired in April 2011.

Caren, with co-author John Donvan, wrote In a Different Key, the Story of Autism, which tells the extraordinary story of this often misunderstood condition - beginning with the first person diagnosed with autism - and of the civil rights battles waged by the families of those who have it. In 2017 the book was a finalist for the Pulitzer Prize in nonfiction.

Caren then directed a feature-length documentary based on the book.  The 2021 film, In A Different Key, with original music by Wynton Marsalis, has been featured in film festivals across the country. 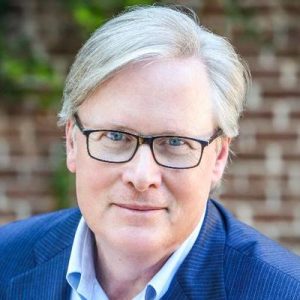 John Donvan is a veteran network correspondent and producer for ABC, CNN and PBS, and host and moderator of the Intelligence Squared U.S. Debates, which are heard on public radio and by podcast. He has also been a contributing editor to The Atlantic.

During his journalism career, in addition to anchoring various ABC broadcasts, John served as chief White House correspondent, and held multiyear postings in London, Moscow, Jerusalem and Amman, Jordan. He wrote and reported for the documentary program Turning Point. The winner of four Emmys and the Overseas Press Club Award, he became interested in autism’s impact on families upon meeting his wife, physician and medical school professor Ranit Mishori, who grew up in Israel with a brother profoundly affected by autism.

In 2010, John teamed with Caren Zucher to write “Autism’s First Child,” for The Atlantic. The article was a finalist for the 2011 National Magazine Award in Profile Writing. Then John and Caren wrote the book, In a Different Key, the Story of Autism. In 2017 the best selling book was a finalist for the Pulitzer Prize in nonfiction "for a passionate work of advocacy that traces public perceptions about autism from chillingly cruel beginnings to a kinder but still troubling present."

Recently, John and Caren produced a feature-length documentary based on their book.  The 2021 film, In A Different Key, with original music by Wynton Marsalis, has been featured in film festivals across the country.

John and his wife have two children and live in Washington, DC.

Sandi Rosenbaum has been involved with the autism community since 1998 when she discovered that her 2-1/2-year-old son Max was autistic. Her advocacy began in 1999, when Sandi joined the Mamaroneck-Larchmont Special Education PTA, beginning a 15-year board tenure. She also served on the founding committee for the Westchester-Fairfield Walk FAR for NAAR benefiting the National Alliance for Autism Research (today part of Autism Speaks).

Following years of volunteer service, Sandi joined Littman Krooks LLP in 2013 as a professional Special Education/Special Needs Advocate. She advocates on behalf of students at school district meetings of the Committee on Special Education and 504 meetings. She works with state agencies, including the New York State Office for People with Developmental Disabilities (OPWDD). She assists with special needs planning for young adults who are experiencing difficulties with the transition to adulthood, helping young adults and their families identify appropriate publicly and privately funded supports, services, and long-term solutions.

Sandi recently earned her certification as a New York State Housing Navigator for people with intellectual and developmental disabilities. She frequently presents on the topic of transition from the educational system to the adult services system, as well as “Understanding Your Child’s Evaluations.”

Currently, Sandi serves as the secretary of the Westchester County Family Support Services Advisory Council. Additionally, she sits on the Member and Family Advisory Council of LifePlan CCO. Sandi is an advocate member of the Council of Parents, Attorneys, and Advocates (COPAA).

Sandi and her husband live in Mamaroneck, NY, and they have three sons. 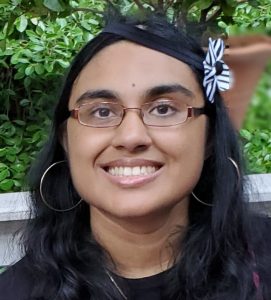 Baneesha Mukherjee was first diagnosed with an autism spectrum disorder (ASD) in elementary school.  She was placed in a classroom for students with learning disabilities as she struggled with reading comprehension.

Baneesha was later placed in a general education classroom from seventh grade through high school, where she felt she gained respect and acceptance from her peers regardless of her ASD. She also became an honors student in mathematics. After graduation from high school, Baneesha continued her education at Manhattanville College.

Baneesha joined Yes She Can’s job skills development program during her junior year of college. It just so happened that Baneesha had been an avid reader of the American Girl Collection book series and had a passion for the stories of the historical characters. So her American Girl knowledge was especially useful while working at Girl AGain boutique, where the trainees prepared merchandise for sale.

During the Covid-19 pandemic in 2020, she continued her training virtually to complete the training program. Additionally, Baneesha completed two internships at Down to Dash Inc. and Coach Ross Angeles to further develop her communication, research, and writing skills.

Throughout her time with Yes She Can, Baneesha has become a peer mentor for other Yes She Can trainees. She led a workshop on using LinkedIn and on using Indeed for job search.

Baneesha earned her Bachelor's degree in Business Management with a minor in communication studies from Manhattanville College in 2020.

Baneesha is pursuing her career as a writer and currently is working as a freelance writer. 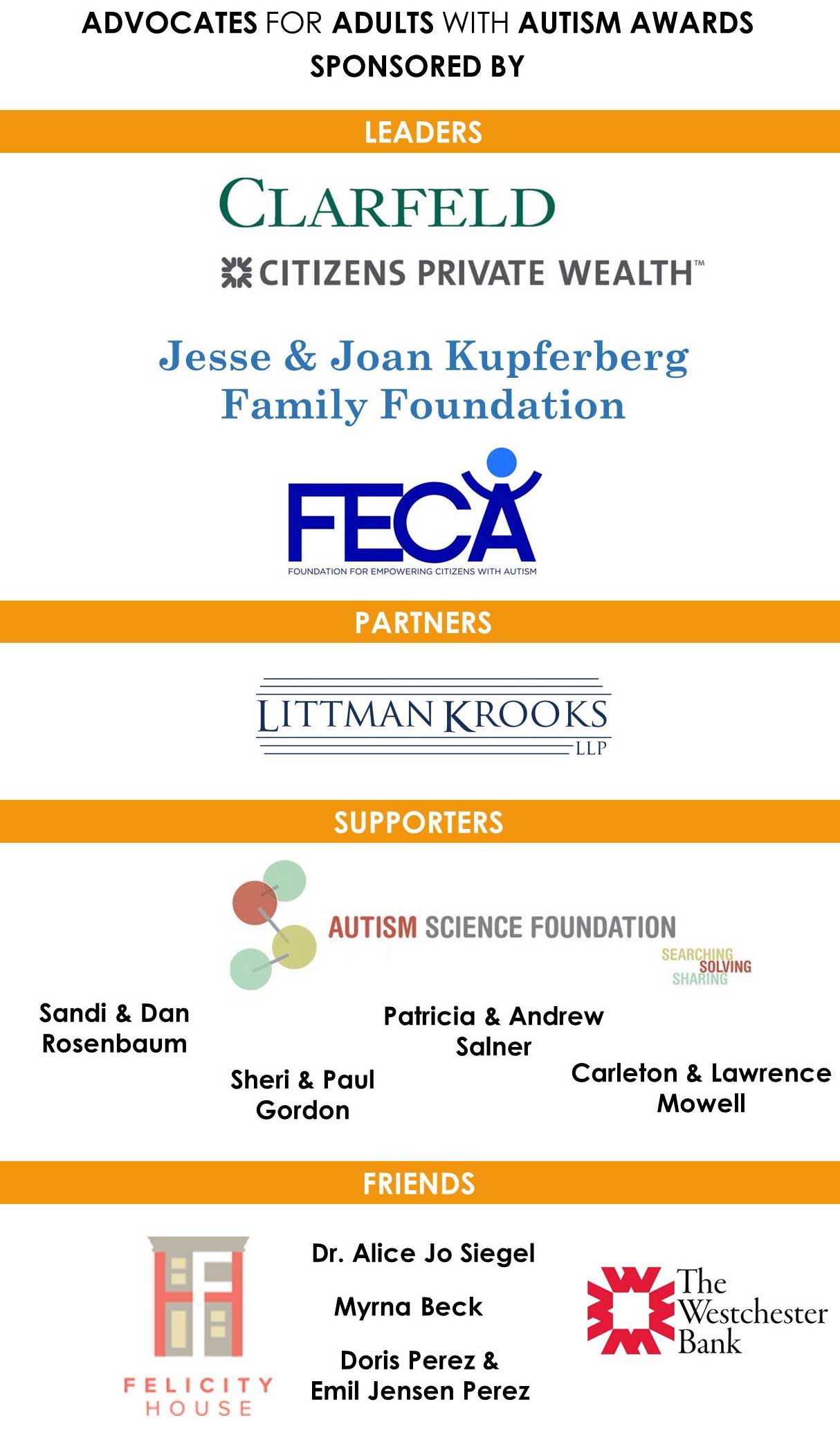 Yes She Can Inc., a non-profit founded in 2013, is dedicated to helping young women with autism and related disabilities develop transferable job skills and workplace social skills – through authentic work experience.  We serve teen girls in transition from high school to adulthood and young women with autism spectrum disorders in an inclusion setting at Girl AGain boutique. END_OF_DOCUMENT_TOKEN_TO_BE_REPLACED